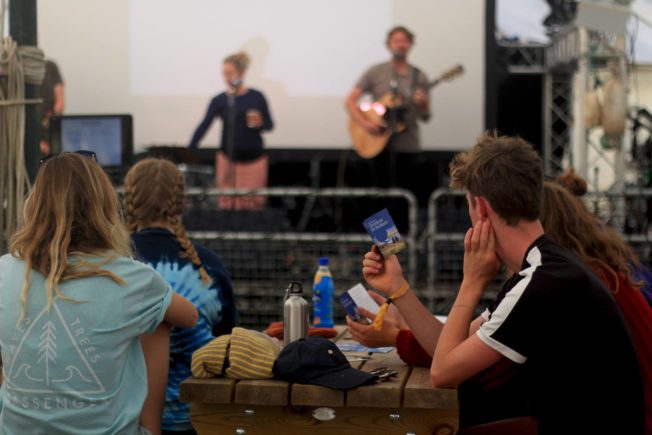 This summer Cornwall 365 packed our bags and pitched up at Boardmasters, a surf and music festival in two iconic locations on the Newquay coastline. Now becoming one of the UK’s most enticing music festivals, this years festival saw some 50,000 revellers attending this epic beach party!

When we were asked to support Boardmasters in promoting the Cornish language – check out their website which they have translated into Cornish – we jumped at the chance!

On Friday, Saturday and Sunday morning, festival goers had the chance to learn how to #SpeakCornish, and join in with singing some popular songs that had been translated by the Cornish Language Partnership. Cornish language expert Ashley Taylor joined us for the weekend, and was on hand for on-the-spot translations and pronunciation tips. Waking us up with some Cornish songs were Molly Banks and Jethro Baines, whose infectious smiles and Kernewek tunes got the crowd singing along! 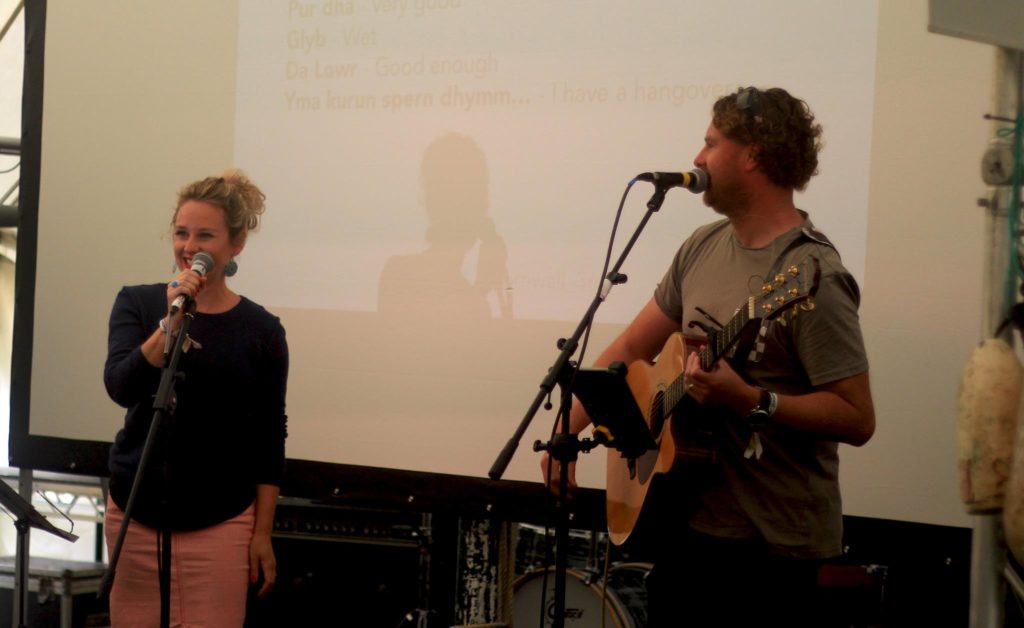 Molly and Jethro teaching the crowd how to say ‘I have a hangover’… Yma kurun spern dhymm! (Photo: Ashton Wadey) 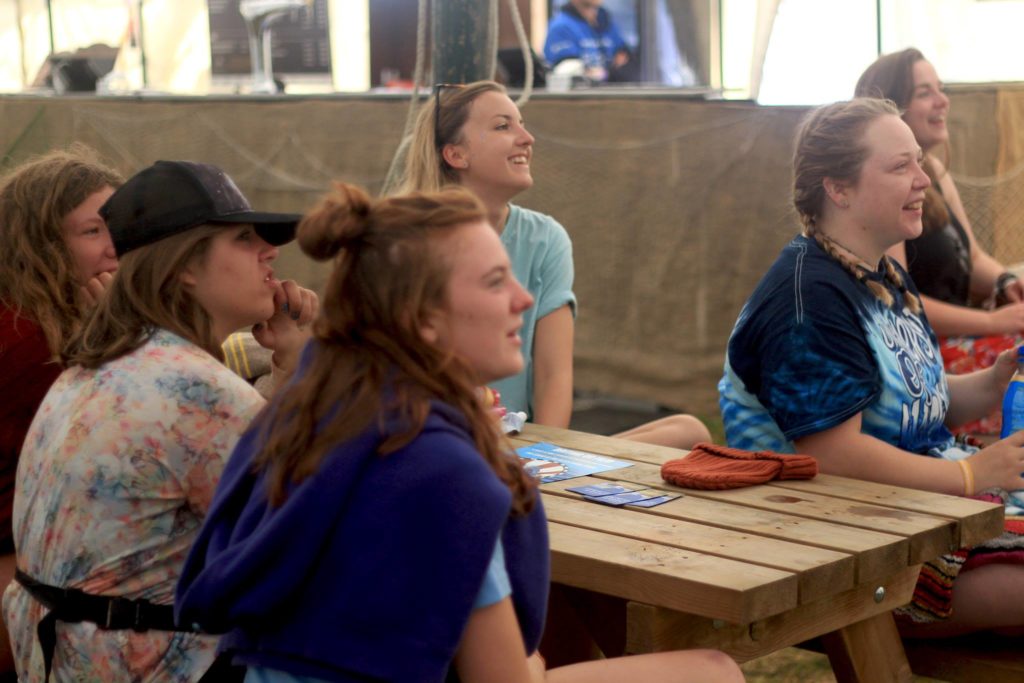 After each Cornish session we were treated to special screenings from the Cornwall Film Festival. Part of the BFI Britain on Film programme, it was great to see vintage wave-riders doing their thing on the shores of Cornwall.

A highlight of the weekend was teaching folk-punk singer-songwriter Frank Turner how to sing a translation of his song Eulogy in Cornish. He told us how he’s now performed the song in 24 different languages all over the world – he was a natural, and we were amazed at how quickly he picked it up. 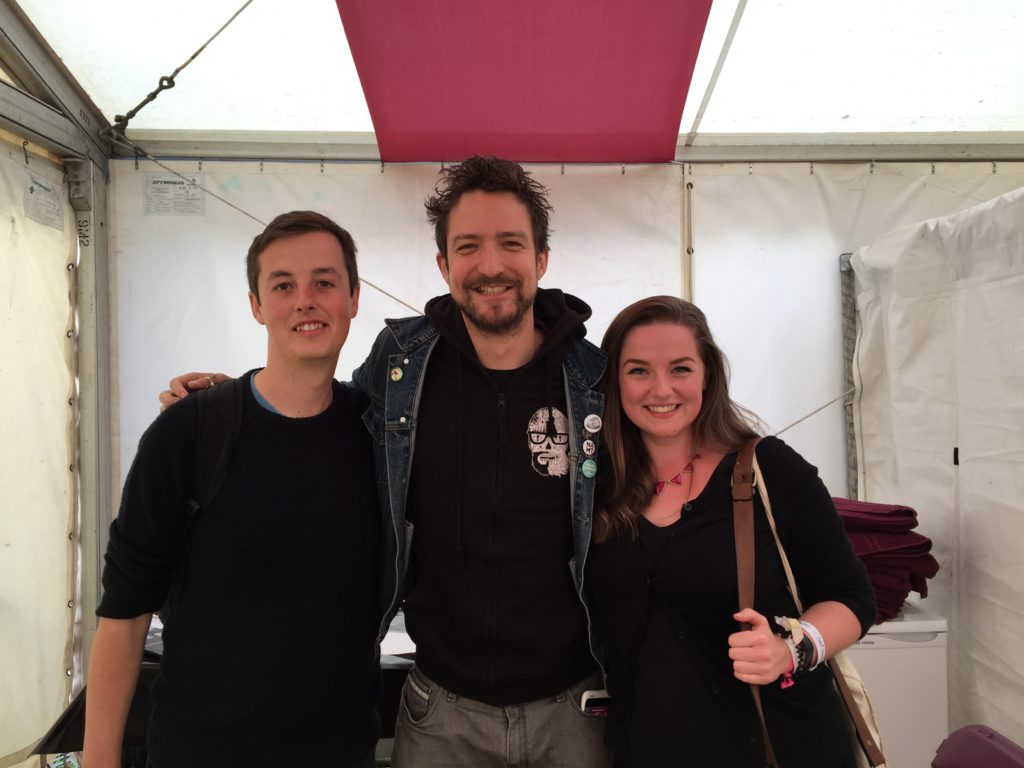 Ashley and Imogen from Cornwall 365 met Frank Turner for a quick Cornish lesson. Watch his interview about it, and hear him perform it on the main stage below!

Thank you to everyone who came to see us, took part, or have been following what we’re up to on Facebook, Twitter and Instagram. We hope to be back at Boardmasters for more Cornish fun next year! 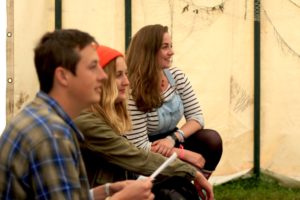 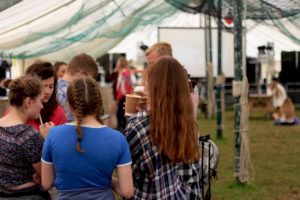 Waking up with a fresh Camper coffee before the Cornish lesson! 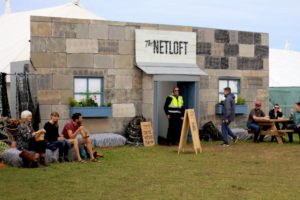 Our home for the weekend – The Netloft 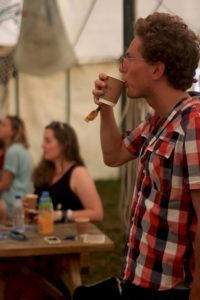 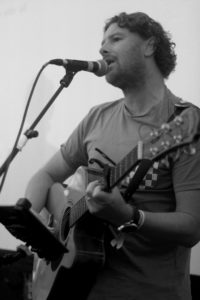 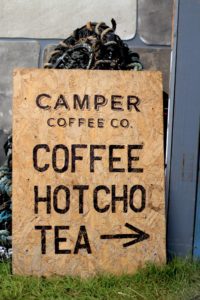 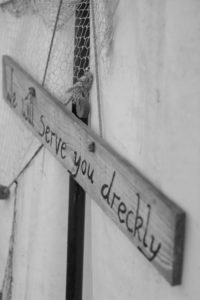