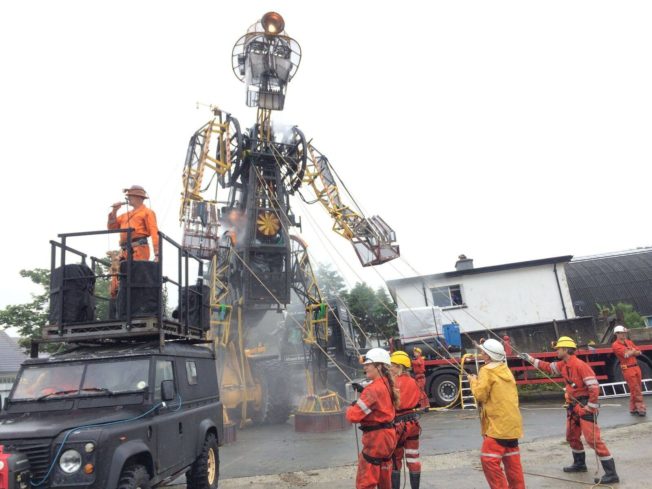 The mechanical giant that hit news headlines worldwide has been shortlisted for the National Lottery Awards.

Selected from over 1300 entrants, The Man Engine has made the last seven in the Best Arts Project category of the annual search to find the UK’s favourite Lottery-funded projects. The winners are decided by public vote, so the Man Engine team need your support!

“When he steamed through the Cornish Mining Landscape, our colossal mechanical tin miner unearthed a deep-rooted vein of pride and resilience running the length of the land. Nearly one-in-three of the entire population of Cornwall came together to celebrate our mining heritage.”

Public voting will start at 9am on Thurs 29th June and closes at midnight on Thurs 27th July. The winners of each category will receive a National Lottery Awards trophy and a £5,000 prize, to be spent on their project. 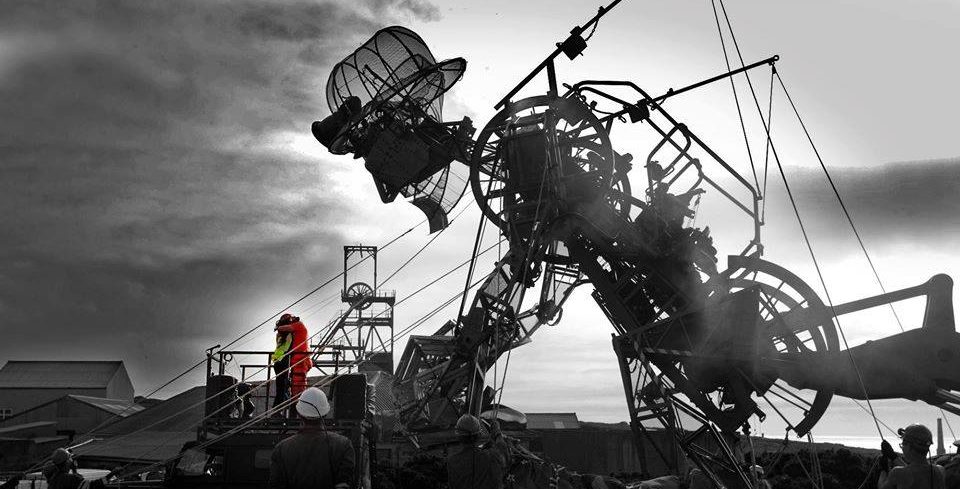 The winners will be announced in August. Representatives of all the winning projects will be invited to attend a BBC Awards ceremony and will have their work showcased on national television in September.

“It will be wonderful if everyone continues to support the Man Engine by voting for him as the UK’s Best Arts project in the National Lottery Awards,” said Will, “It would be a massive help in our efforts to get the Man Engine back on the road and touring the UK in 2018. ”

Vote for the Man Engine at http://www.lotterygoodcauses.org.uk/awards