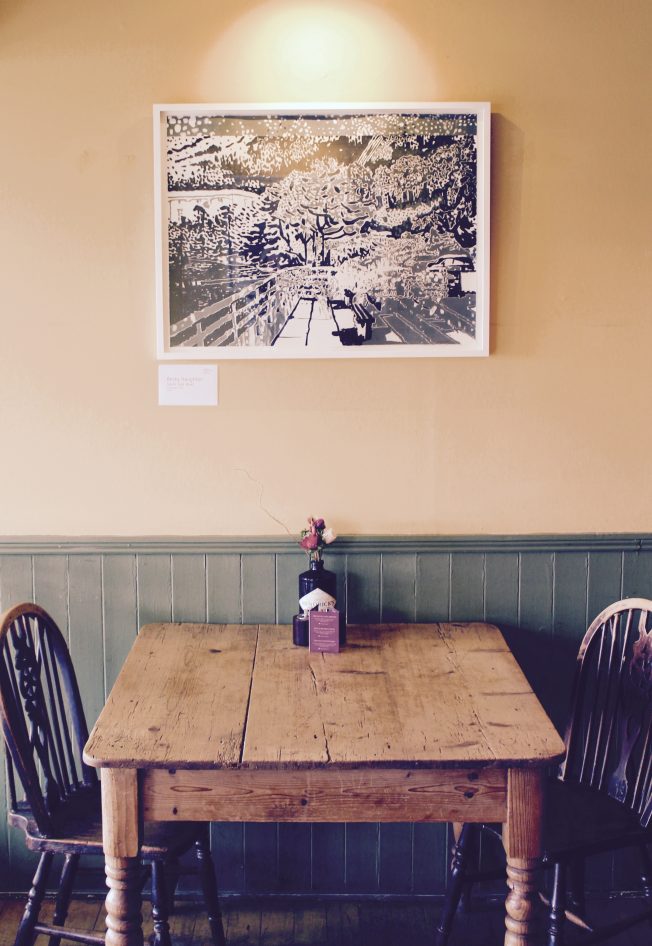 Newlyn Art Gallery & The Exchange collaborate with The Old Coastguard

Newlyn Art Gallery & The Exchange has successfully collaborated with The Old Coastguard in Mousehole (part of the EATDRINKSLEEP group of hotels) on two exhibitions this year. As a founding partner in Cornwall365 the Gallery was keen to work with tourism businesses and at the same time was thinking how to take its Picture Room series of selling exhibitions out of the gallery setting. Joining forces with The Old Coastguard seemed like the natural answer. In spring 2016 the first show opened, featuring work by three distinguished artists: Michael Porter, Naomi Frears, and Mark Surridge along with ceramics by eminent ceramicist (and Mousehole resident) Jack Doherty. The work was on show throughout the summer, allowing the hotel to have original works of art throughout its public areas, including the dining room and bar area, and the gallery to profile the artists to a new audience. Both organisations agreed that it was a success and should be repeated. In November 2016 The Picture Room in Print opened at The Old Coastguard showcasing the work of local artists Catherine Haines, Becky Haughton, and Oliver Raymond-Barker, plus a selection of works from the Gallery’s print portfolio, including Jyll Bradley, Kurt Jackson, John Newling, and Michael Porter.

EATDRINKSLEEP’s Charles Inkin said: ‘‘We’re mighty happy to be working closely with an institution of the calibre of Newlyn Art Gallery and it’s a privilege to be showing the work of such notable artists.”