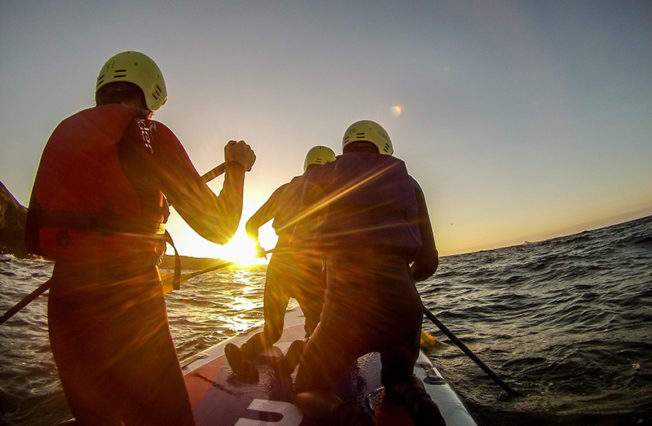 Marking the 100th anniversary of a legendary tale of shipwreck and survival, Newquay Activity Centre have created the Cornwall Castaway Challenge… do you have the skills and courage to survive?

In December 1917 a terrible storm battered the coast of Newquay. The Osten, a local fishing boat got caught in the storm and washed over the notoriously dangerous Cribbar reef – a modern day big wave surfing spot where waves of up to 30-40ft break over shallow jagged rocks.

The alarm was raised and the lifeboat was pulled by horses to the slipway on Towan headland. However, on arrival at the scene, the lifeboat’s new coxswain refused to launch in such weather and waves. Despite his orders, former cox Gill resisted saying he had been out in worse and formed a maverick crew volunteers to rescue the Osten. Much to the delight of onlookers the lifeboat set sail under Gill’s command, but the boat was quickly tipped by a huge wave. Her sails quickly filled with water meaning she could not self-right and the crew were washed overboard and into the cliffs. Using their local knowledge of the coastline, the crew traversed their way to the relative safety of a cave known as the Tea Caverns – a smugglers cave throughout the 17th – 18th century for smuggling tea, brandy and silk – all heavily taxed at the time. Do you think you’d have the mettle to traverse Newquay’s craggy cliffs while the Atlantic swells crash beneath you? 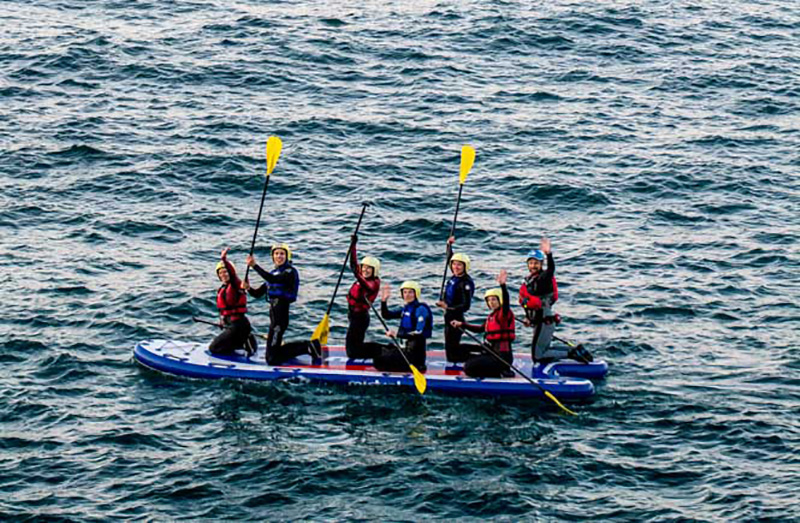 The storm raged for the following 3 days and 3 nights forcing the crew to weather it out in the cave. For the following 72 hours the men foraged for seagull eggs, crabs and shellfish and build fires from drift wood to cook and fend off the onset of hypothermia. When the storm finally passed the crew were rescued and awarded RNLI gallantry medals on their return to land.

The Castaway Challenge ocean activity inspires groups to embark on their own challenge to complete a series of wilderness and adventure scenarios. With guided instructors from Newquay Activity Centre, participants will be ‘shipwrecked’ and will have to navigate a rescue raft back to shore, get out into open sea and set out wild sea swimming, climbing and traversing their way along the rocks, riding sluices (nature’s natural rapids) and diving into deep water plunge pools. Reaching the caves, the ocean adventurers will have to forage for edible cave delicacies, collect fuel to build a fire and also learn how to identify our fascinating marine and bird life.

To find out more about the Cornwall Castaway Challenge, visit the Newquay Activity Centre website.