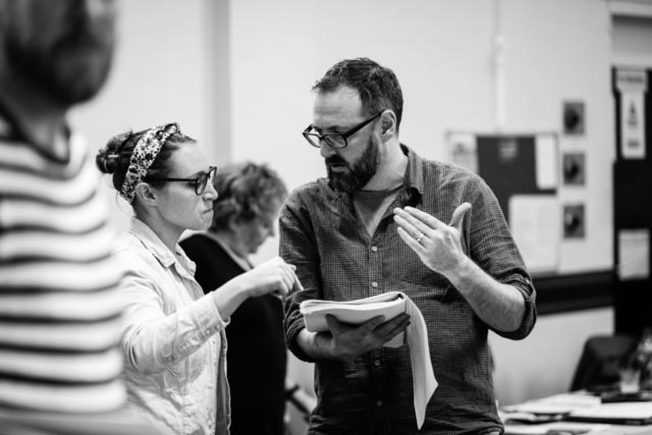 It’s February and we’re really pleased to welcome director, performer and producer, Simon Harvey as our February Ambassador of the Month. With his extensive knowledge of Cornwall’s wonderful creative and cultural happenings, we couldn’t wait to hear about his favourite events, places and performance spaces! 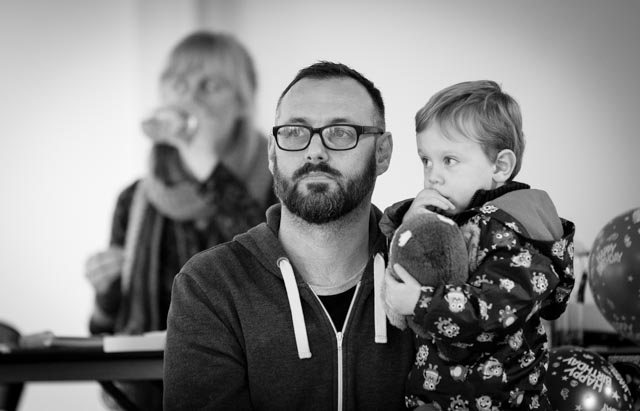 A great deal of my work has been inspired by Cornwall’s heritage and culture.  I have developed and directed plays about famous Cornish people from history (Humphry Davy, Richard Trevithick, Richard Lander, Dolly Pentreath etc.), as well as original shows set in contemporary Cornwall (FUP, Superstition Mountain).

I’ve produced and acted in feature films which are set in, and showcase, Cornwall’s incredible landscapes. I have, for the last three years, co-written and directed the Hall for Cornwall’s Christmas shows (Dick Whittington and his Mousehole Cat, Jack and the Beanstalk and Sleeping Beauty) and all three have featured Cornish characters and have had a strong Cornish flavour.

I have collaborated and produced plays by renowned Cornish writers Nick Darke and Carl Grose and I am also working with up and coming writers who share my passion and interest in Cornwall (Edward Rowe AKA Kernow King and Callum Mitchell).  I am also committed to working with the next generation of Cornish performers through my work with Hall for Cornwall’s Youth Theatre.

I think the What’s On guide is a brilliant thing – its comprehensive and easy to navigate.

Best personal experience would be my wedding day at the Atlantic Hotel in 2006 – the weather was pretty horrific but as the service and the reception was taking place at the same venue, we were cocooned away.  It was kind of overwhelming having all of my friends and family in one place at the same time but it was a pretty amazing party – so much so that it carried on for about an hour after the DJ had packed up – people were having such a good time, we just carried on dancing without music or lights. I think the venue staff were a bit bemused.

Theatre-wise the original production of Trisan and Yseult (by Kneehigh), which took place in the open air at Restormel Castle in 2003, was a pretty memorable experience. A magic setting and a magic piece of work.  I was lucky in that I got to perform in the show at The Minack in 2004, then all over the UK, Australia and USA in 2006.  Then I oversaw the most recent remount (last year), so it is very much a show that has been a part of the fabric of my life – but I can still clearly  remember the experience of watching it surrounded by those broken down castle walls on a clear (and dry!) night. 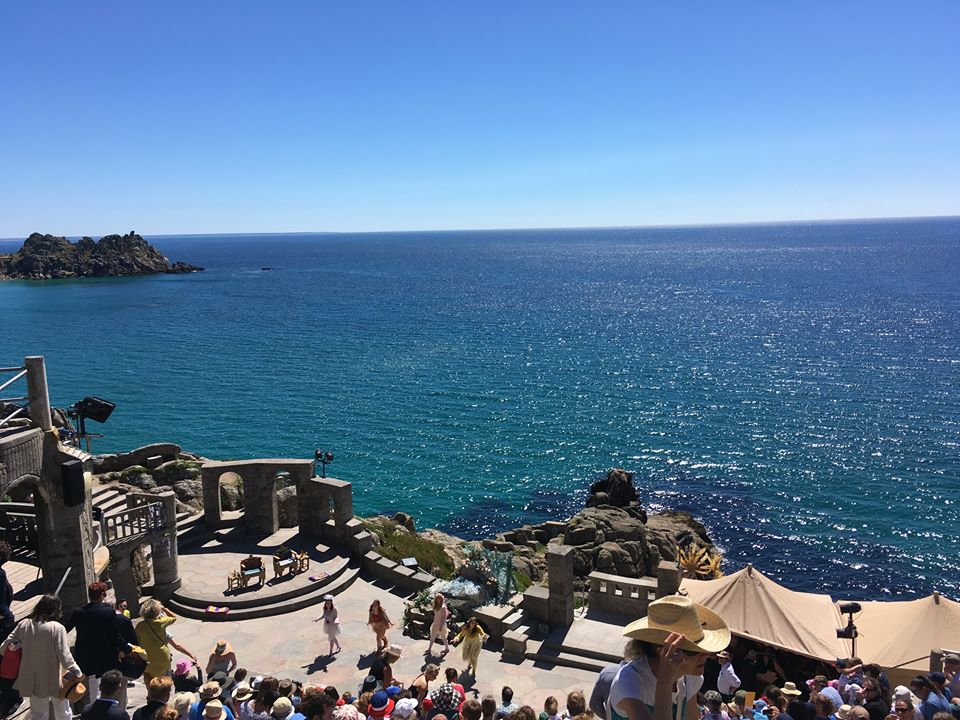 It would involve a walk on a beach / cliff top (I’d love to do the entire coastal path of Cornwall over my lifetime) and good meal and then a trip to the cinema (I’m a massive fan of films, but rarely get to go any more).

My wife Helen – we rarely get to go to stuff together these days and if we do, we tend to see it in a different light as we have invariably added between £30.00 and £50.00 to the cost for baby sitters.

There are loads of interesting venues in Cornwall from Carnglaze Caverns to the Kneehigh Asylum, The Tolmen Centre to Callington Arts Centre, The Acorn etc.  Outdoors, The Minack is pretty unique and unusual – and needs to be really used well to work.  It’s counter intuitive for actors, as people naturally gravitate to centre stage and down stage nearer to the audience – but neither of these positions are strong at The Minack – so it keeps you on your toes performing there.  I also really like some of the outdoor garden spaces – I’ve done a fair amount at Trebah and also at Cothele up near the Tamar – both of which are spectacular.

I’m ashamed to say that my gig going days are pretty few and far between these days. Back in the mists of time, it used to be The Pirate in Falmouth for gigs (which is now 5 Degrees West). The most recent gig I saw was Matthew E White at The Poly, which was great and I’m looking forward to Belle and Sebastian at HFC in March.

We go to Perranporth Beach pretty often.  I also like Tehidy Woods or the Coastal Path between Swanpool and Gylly – which is about the right length for my kids to be able to cope with. 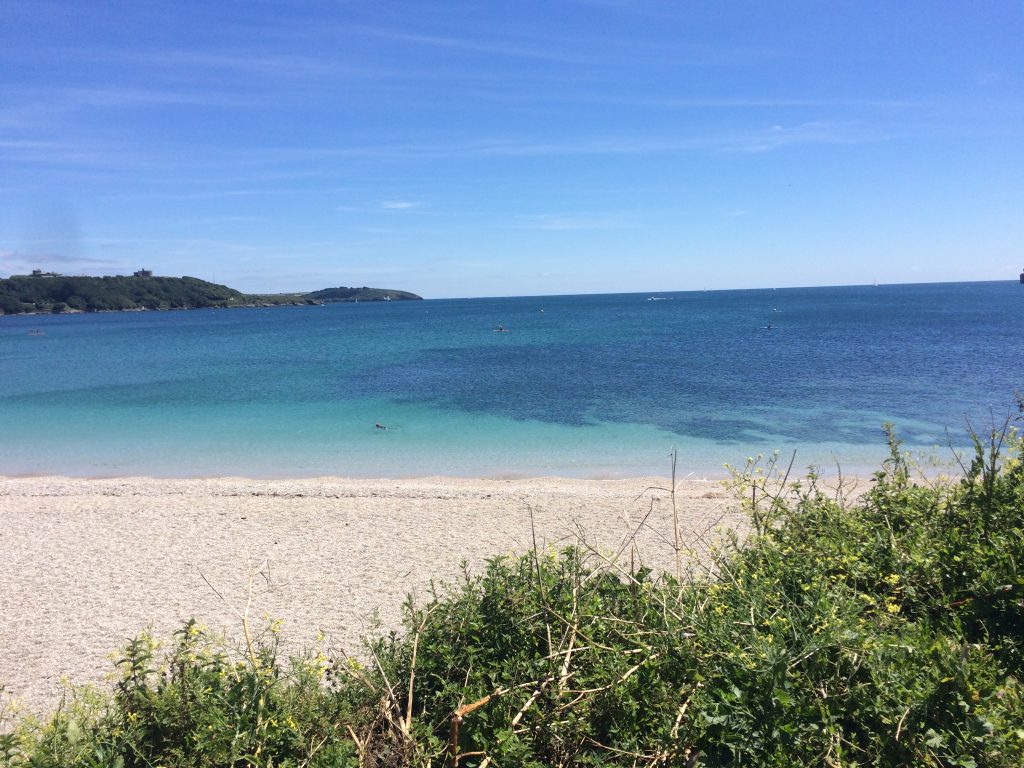 I like Thai food so Chantek in Truro is great.  I work at Hall for Cornwall a lot, so I spend a lot of time in the Flourish cafe on Boscawen street.  Good, reasonably priced simple food.  Great coffee and amazing cakes.

Last summer we did the boat trip from Truro to Falmouth which was really lovely or a daytrip to Scilly (but good luck with the crossing).

In the UK, I like Bristol and abroad I love spending time in Sydney but it’ll always be Cornwall for me.

Please come and see the double bill (Trevithick / The Cornish Caretakers) by Kernow King (directed by me) at Hall for Cornwall on Saturday 10th of February and keep an eye out for several upcoming projects for later this year.  I am shortly going to be launching a website to promote my work (Simonharveydirector.com) and you can keep up to date with o-region at www.o-region.co.uk