The beautiful summer we’ve been enjoying *might* be coming to an end but that isn’t dampening our moods because we’ve got two fantastic Ambassadors of the Month for September. Tim Smithies and Claire Marshall are the Project Director and Project Manager for Carn to Cove. They are passionate about bringing high quality entertainment to rural communities across Cornwall and immersing themselves in all that the performing art, and film, world has to offer. We caught up with them just a week before the first show of the Carn to Cove Autumn Season and couldn’t wait to hear about their favourite adventures and experiences.

Tim Smithies and Claire Marshall. We work across Carn to Cove, C Fylm and Villages in Action under Creative Kernow. We are based at Krowji in Redruth (we actually share an office with the Cornwall 365 team!).

Many of the productions we offer in the Carn to Cove programme are imagined and created in Cornwall, and quite a few feature Cornish characters, themes and history. We’re hosting a delegation of international visitors to come to Cornwall next month to observe how we work and visit some of our events. Hopefully they’ll take back to their networks Cornish stories about how local villagers put on events to a professional standard and make social activity happen in their village halls. We’re also in the process of producing a short film with students from Falmouth University, Truro and Penwith College and Bodmin College called Cornish Tommies. It tells the true story a Cornish miner who served in the trenches in the last year of the war and will be shown in venues across Cornwall over the next few months. 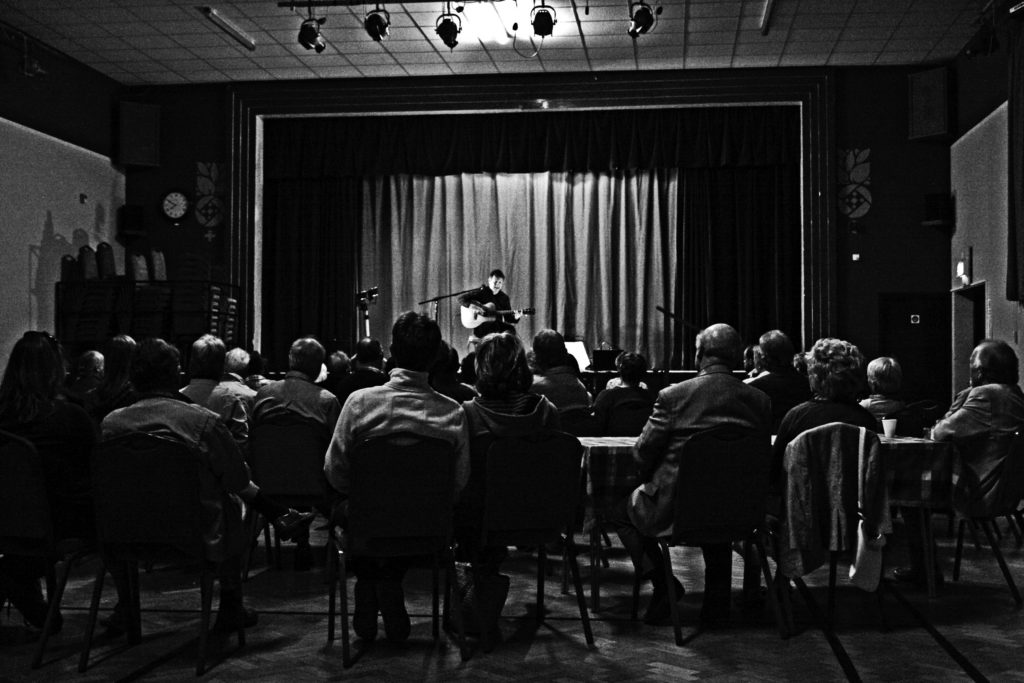 T: Using Cornwall 365’s great team of PR to help us advocate for both Carn to Cove at C Fylm at events like the Royal Cornwall Show, and also to recruit new participants, both as performers and promoters, from across Cornwall. We are always looking for new people to get in involved, to volunteer and to help Cornwall have a vibrant performing arts ecology.

C: Being a partner in the Cornwall 365 What’s On listing magazine has given us a great platform to share our shows and to publicise our community promoters who are using their village halls to put on all sorts of events. It’s so great to have one place where you know you can go to find up-to-date events listings all year around.

C: We live in an amazing part of the world and so much is on our doorstep. You just have to step outside to see the amazing landscape and the beautiful beaches, but actually, when you get under the cover of all the additional things going on, all the village fetes and festivals, and you see the life that goes on in the village halls, that is really satisfying. The people we work with give so much of themselves. They do it for the love of wanting to do something nice for the people they live with, their neighbours and their friends. It’s really inspiring.

C: I’m literally never happier than when I can start the weekend or end the weekend with going to Porthtowan, rebooting myself by getting out of the car and smelling the sea air, having a drink in the Blue Bar and seeing people that I know and feeling like yes, this is good!

T: My perfect day is probably getting up reasonably early in the morning, when the sea mist is still there but you can see the sun coming out, and walking the dogs down to the creek. Then later on going down to the beach and having a pint in the social club in Portscatho and sitting out on the balcony. Followed by fish and chips probably! 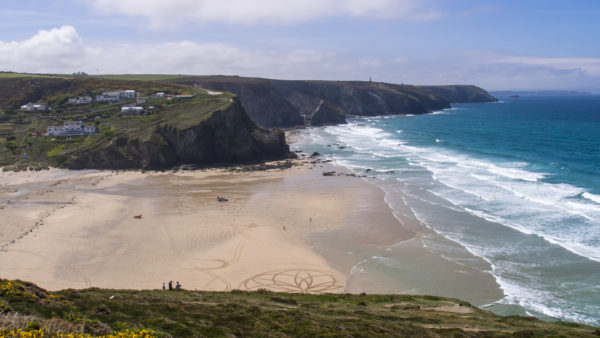 T: I really like going to hear superb world music performed in the very small St Ives Art Club where Will Sleath programmes and I’d like to take some of the students I’ve been working with on the film that we’ve been producing (Cornish Tommies). I think that they’d enjoy a new window on the quality of what goes on in world music in Cornwall.

C: Village halls come in all shapes and sizes and you literally don’t know when you turn up in a village whether you are going to be in something modern and newly built, an old Methodist chapel, a nissen hut, a school or church hall, a pub… basically there are some lovely, distinctive places that we could name but every one of the sixty five venues that regularly promote through Carn to Cove have a charm of their own. 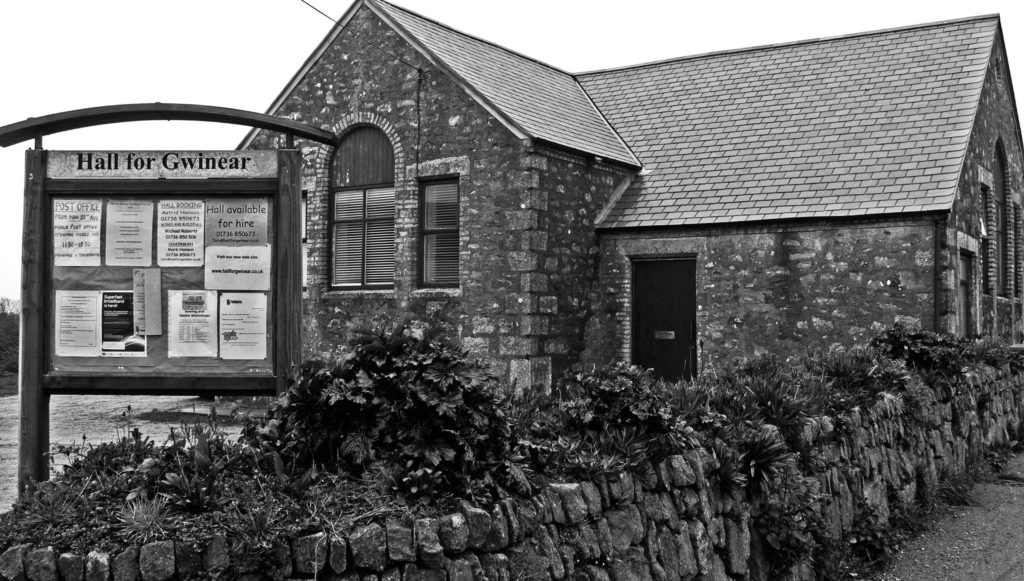 T: It’s very difficult to choose between all the great music festivals in Cornwall. Looe Music Festival, Tropical Pressure, The Great Estate, Boardmasters, St Ives September Festival, Port Eliot.. and even folky ones like Wadebridge Folk Festival and Porthleven Food Festival which has a lot of music and is more Cornish based. Also the Cornish American Song Institute Festival, and the International Male Voice Choir Institute… I mean, where do you stop?

C: There are so many lovely walks on the coastpath and you can’t fail to discover some wonderful little place that you didn’t know existed if you stride out. You should basically stick a pin in the map and go where ever, find a hidden gem!

T: There are some amazing places to eat in Cornwall, most recently the ones that have hit the headlines are The Kitchen, which is run by a young man in Falmouth who started foraging and making some really imaginative stuff and he was completely unknown for a while and there were very few tables there. I also really like Provedore in Falmouth, it’s a bistro where you can’t book. You can go there for breakfast and you don’t know who you’re going to share a table with.

C: The zipwire at Eden is pretty different. I’ve watched my friend come down it. You get a different perspective of The Eden Project when you are flying over it like a bird! Another one I love is the Roots Reggae Roast at the Mount Pleasant Eco Park. A completely vegetarian roast, with the plates piled high with amazing food and a DJ playing reggae music while you eat. You find a seat next to whoever and enjoy!

T: Another fun thing to do for an excursion, which is free, is going to watch the starling murmuration and one of the best ones in Cornwall can be seen at Rough Tor, at the right time of year. The whole of the conifer forest is alive with birds and then when they go into the murmuration, you can watch these huge formations of birds as they weave across the north side of Bodmin Moor. It’s incredible. 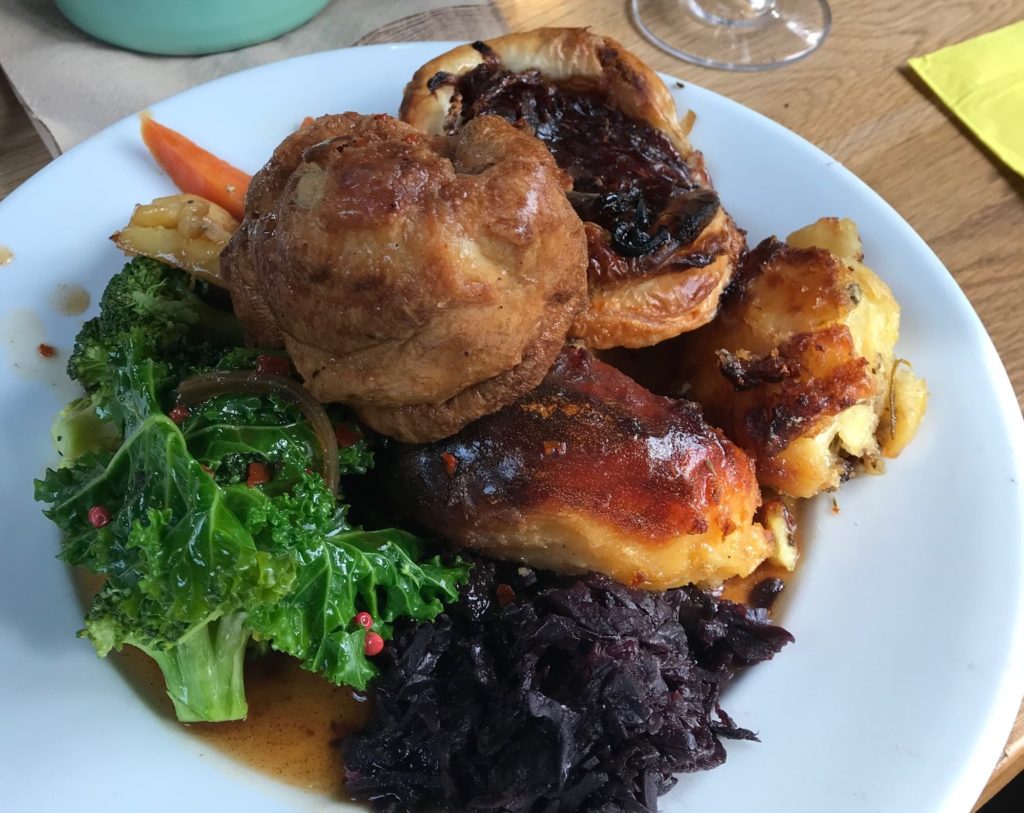 C: The network of community film clubs that make up C Fylm. It doesn’t matter where you are in Cornwall, there is probably a film on in a village hall fairly close to you. It might be a film that was recently on at the cinema, it might be something that you have never heard of, but there is a growing network of members and it’s Cornwall’s rural multiplex!

C: It has to be France, I absolutely love France. It’s close and you can go to sleep in Plymouth and wake up the next morning in France. The Breton landscape is very similar to Cornwall, but the experience is so very, very different! France is big and, the roads are empty and so much better, the food is delicious, the wine is great and the café’s are brilliant to sit and watch the French community life go by.

T: I think a really exciting city to live in would be Rome.

The Carn to Cove Autumn Season launches next week! Son Yambu is our opening concert on the 9th of September, tickets are flying out but there are still some for sale if you want an brilliant evening of music and dance in St Ives. We have more than seventy shows between now and March so come along and join in the fun!